The horse operation has evolved from Judge Freeny’s involvement to Colonel Stuart’s love of Arabians and saddle breds to Bob Stuart’s purchase of Big Shot Dun in 1949 to winning the AQHA Best of Remuda award in 1995.

“Big Shot” was purchased from the 3D Stock Farm. He was a son of Pretty Boy out of a daughter of Blackburn. Bob Stuart roped calves on him and used him for ranch work. His mares came from the Swensons, Minnicks, Warrens and Waggonners. On the daughters several horses were used, a son of Croton Oil and a son of Silver King (by Old Sorrel) but Breezy Buck (Red Buck x Breezy D. by Joe Bailey) made the most significant impact.

​The Big Shot Dun daughters and the Breezy Buck daughters were crossed on Son O Leo. Son O Leo was purchased in 1961 as a weanling the sorrel son of Leo out of the mare Sue Sugar, (Sugar Bars x Sorrel Sue by King) would surface as a dynamic and lasting broodmare sire. All three stallions were pasture bred and none would sire a great number of horses. AQHA champion Port Command (Commander King x Freckles Boy mare) was purchased to cross on the Son O Leo daughters and the cross was very successful.

​Seven S Zanaday (Zan Parr Bar x May Day Hobby) who would become a AQHA World Champion was the next sire to impact the herd. Crossed with the Son O Leo and Port Command daughters, the colts were very successful in the show ring and made good ranch horses.

Miss T Stuart was born on the Stuart Ranch, the oldest family-owned ranch in Oklahoma and an AQHA Best Remuda winner, in the spring of 1961. Her sire was Stuart Ranch stallion Breezy Buck, and her dam, Pretty Sally by Big Shot Dun, was also Stuart Ranch-bred. Never started under saddle, “Miss T” began her broodmare career in 1964 as part of Son O Leo’s pasture band, a group of mares who received little handling. 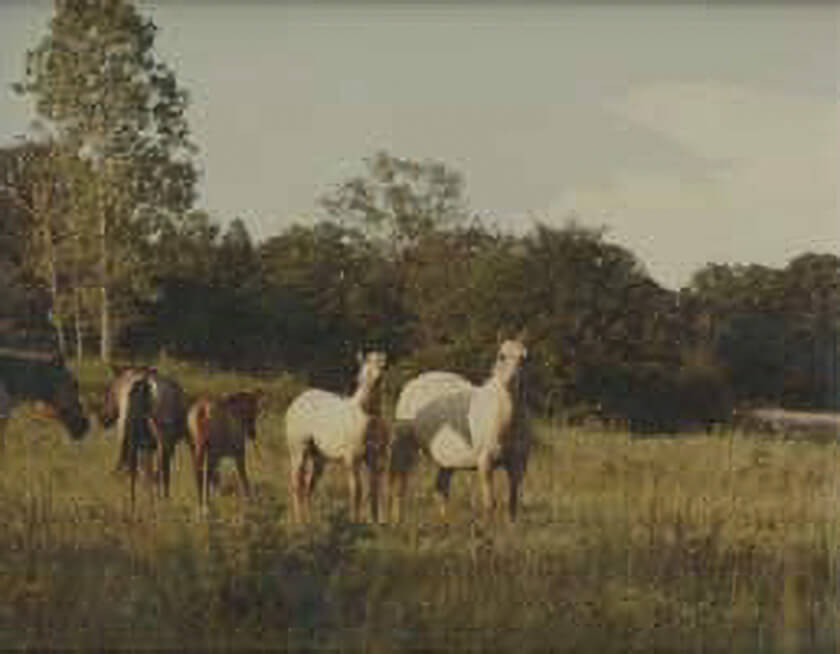 There she spent the rest of her life raising 20 foals in the next 21 years, all by Son O Leo.

Miss T’s colts were outstanding saddle and ranch horses, but it was her fillies that would make this mare famous. Not only were they top saddle and ranch horses, but several proved outstanding on the ranch and in the show ring-and Bob Stuart played polo on her daughter Leo’s Yellowbird, winning the polo class at Dick Robey’s show in 1969. Then her daughters began having foals, providing Miss T Stuart with a produce record still adding new black type and champions every year, in a continuing legacy that will no doubt fill many more pages in the years to come.

Every foal raised on Stuart Ranch, regardless of its ultimate achievements, will often spend it’s first years doing light ranch work.. Stuart Ranch takes great pride in the fact that most of Miss T Stuart’s foals, grandfoals, and great-grandfoals have done that, plus just about every AQHA event well too. They have been point-earners, winners and many times champions in western pleasure, calf roping, heeling, heading, working cowhorse, cutting, reining, halter, hunter under saddle, equitation, barrel racing, pole bending, western riding, showmanship and trail.

Miss T’s impact on the industry is still strong. In 1996 her grandson Genuine Hombre and granddaughter Genuine Redbud were the Junior and Senior High Point AII-Around Champions, respectively. Genuine Redbud, also the 1995 World Show Superhorse, is the mother of the 2001 NRCHA Open Stallion Stakes Champion, Nic It In The Bud. The first foals by Genuine Hombre, who holds the distinction of placing in the top ten at the 1997 World in halter, calf roping and heeling, began showing in 2001.

​Miss T has truly exemplified Quarter Horse versatility, from ranch horses to open and youth AQHA champions in events from halter to English to calf roping. These accomplishments are made even more remarkable in light of the fact that all Miss T’s daughters are full sisters, yet were crossed successfully on a variety of stallions. Her efficiency in producing long-lived, sound foals under pasture conditions with little coddling has transcended to her daughters and granddaughters.​

Miss T Stuart was put down in the winter of 1989. Currently the Stuart Ranch mare band holds three own daughters, twelve granddaughters, and four great granddaughters. These mares, along with their siblings now in other ranches’ possession as well, continue to produce the ideal American Quarter Horse-the horse that will do it all. 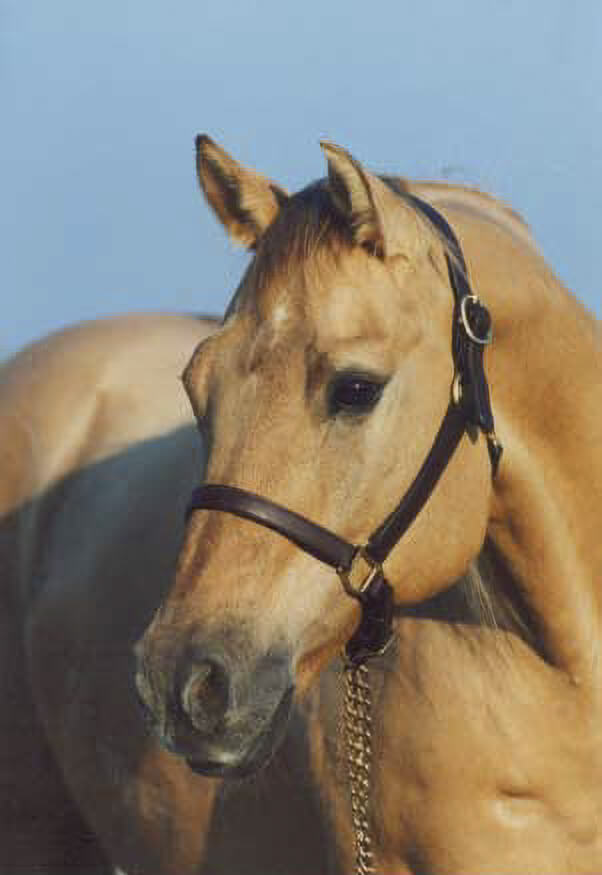 She is the dam of: